What is the recovery process like after a TransPRK procedure?

TransPRK works like any other 'surface ablation' procedure, including PRK, 'epiLASIK', and LASEK (alcohol assisted PRK).

At completion of laser treatment in the above surgeries, there is a 'raw area' or 'abrasion' in the central ~8mm diameter circular zone of the cornea.

With LASIK, this area is covered by a 'corneal flap', which is like a living bandage on the lasered area. Therefore, after LASIK there is no abrasion on the cornea, and recovery is very quick.

Understandably, many patients after TransPRK/PRK/epiLASIK/LASEK have discomfort and even pain and tearing for the first 2-3 days after the procedure. This is the time it takes for a majority of the 'abrasion' to be covered by the surface epithelial cells of the cornea. Although a bandage contact lens will be inserted for this period of time, it does not necessarily take away all the discomfort. Some people don't have that much discomfort, but others do.

A few days after TransPRK, the pain disappears. However, vision at this time is quite blurry because the first layer of epithelial cells that grows over the cornea is not smooth. As the eye heals, the surface gradually smoothens out and vision gradually improves.

While some people can recover vision fairly quickly after TransPRK, generally it takes a month or more to achieve vision that LASIK patients get within a few days.

While it is true that after TransPRK or any surface procedure there is no flap to worry about and hence contact sports may be started ealier, there is actually an advantage to having a flap in case an 'enhancement' is needed later on. Sometimes, due to under/overcorrection or regression, an adjustment of the spectacle power may be decided upon. This is uncommon, usually in around 1% of cases or less. However, if an enhancement to adjust residual spectacle power is necessary, it is much simpler if there is a LASIK flap. In this case, vision recovers within a few days after the enhancement. In the case of TransPRK or any surface procedure, an enhancement means the few days of pain and several weeks of blurred vision all over again.

Hopefully this gives you an idea of the recovery process after TransPRK, and also some of the pros and cons of the procedure vs LASIK.

It is a myth that the recovery process for TransPRK is “much slower and really uncomfortable”. With modern TransPRK, the cornea treatment surface area is only about a small 8 mm diameter area.

After treatment, a protective high oxygen permeable contact lens is placed immediately upon the treated cornea surface to protect and to promote good and fast surface healing for four to five days after which it is removed. At the same time, NSAID eyedrops, antibiotic and steroid eye drops are prescribed. 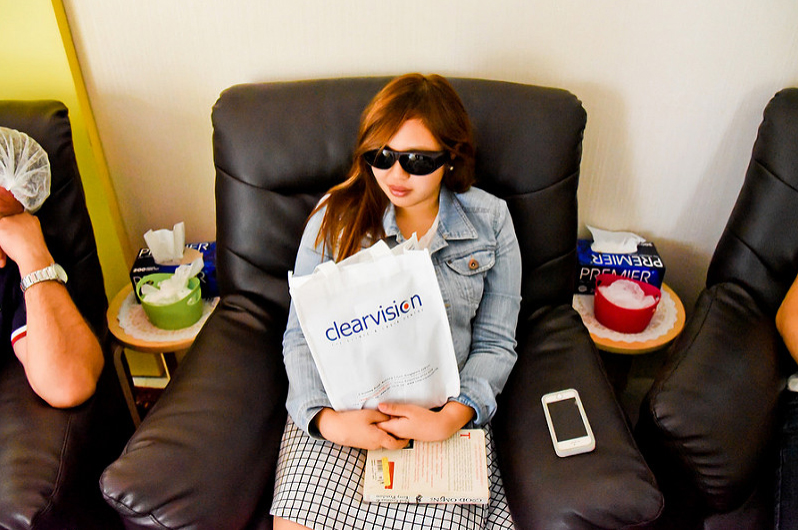 Following TransPRK, most patients will experience discomfort and transient blurring that is described as mild and tolerable. This lasts from 2 to 3 days. Almost all patients go back to work on the 5th day after the protection contact lenses are removed.

With modern TransPRK, only a minority of patients will describe the discomfort as moderate or beyond.

TransPRK patients recover faster from post-op dry eyes and often feel no need for lubricating drops after two weeks. They can also resume active rugged sports earlier. For example, a MMA or boxing enthusiast can even resume full sparing after two weeks.

However, all TransPRK patients have to be careful to wear eyeshades when outdoors in the sun and to use the prescribed eye drops to prevent cornea haze for six weeks.

Our team is available on Whatsapp (8787 3736) to assist you with questions or recommend medical specialists to you.